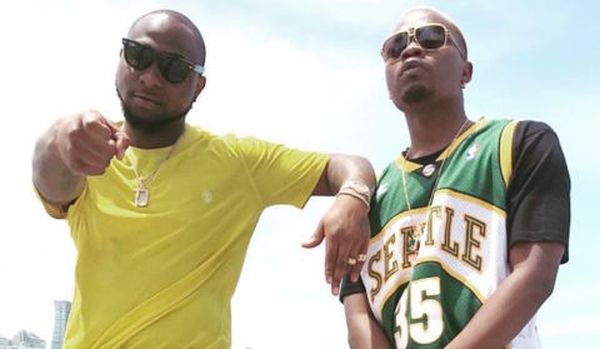 A superiority conflict has surfaced between Davido’s producer, Kiddominant And Olamide’s Producer, Young John after the latter was crowned “Producer of the Year” at the just concluded Soundcity MVP awards.

Kiddominant On the other hand, who is credited to the production several of Davido’s hit tracks, refused to accept the defeat.

He then called out the award organizers for giving it to another who didn’t deserve it as much as he.

This made Young Jonn to come out and declare himself number1 asking all parties concerned about this to kill themselves. Kiddominant replied by calling him a pig.

See their exchange below:- 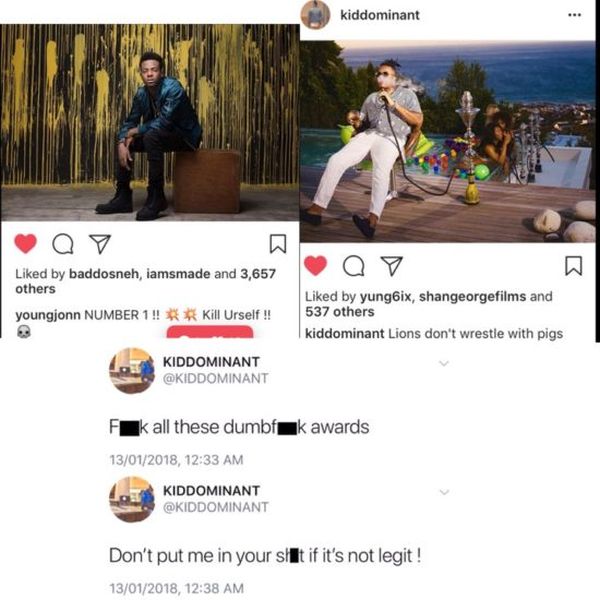